Akshay Kumar apologized to fans by sharing video, know why 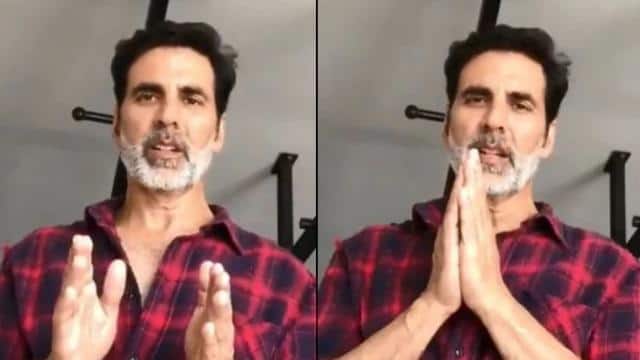 Akshay Kumar celebrated his 53rd birthday on 9 September. On Akshay’s birthday, the fans congratulated him a lot, now the actor has now shared the video. Along with this, the actor has also apologized to the fans for the late reply.

Akshay further said, ‘All my fans celebrated my birthday so well in such a difficult time. Some fan club distributed grain, some planted trees, some donated blood and many people gave donations for soldiers on India’s valor. ‘

Akshay gave a special message to one of his fans Ramesh and said, ‘I have a fan Ramesh ji who has been walking barefoot for years. Ramesh ji wear slippers, it is time for Corona, this will hurt your family. If I ever come to Rajasthan, I will meet you. Thanks to all of you and as always I say you are me. Thank you.’

Akshay Kumar told- Aarav does not tell anyone that he is my son, know the reason for this

Akshay also tells Bayer that his father is his biggest inspiration and he follows his own rules. Akshay said, ‘My father has influenced my life the most and I follow his rules. I hope my son also walks this path. ‘

Lakhpati can make you only 1000 rupees every month! Know how?