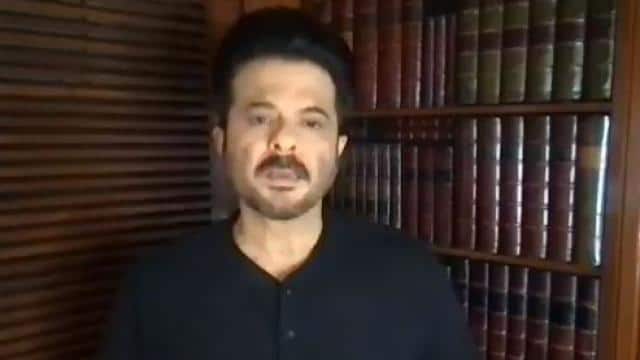 Bollywood actor Anil Kapoor shared an apology via video on Twitter. He has apologized to the Indian Air Force and said that he had no intention of hurting anyone’s feelings. With this, Anil Kapoor told how the scene was shot. At the same time, Netflix also tweeted and apologized.

It was written from the official account of Netflix that the Indian Air Force, we never intended to disrespect the armed forces of India. AK Vs AK is a film starring Anil Kapoor and co-stars as actors. The film is not representing the Indian Air Force in any way. We honor the brave men who protect the nation.

Hon. @IAF_MCC, our intention would never be to disrespect the Armed Forces of India in any regard. AK Vs. AK is a film in which Anil Kapoor and his co-stars are playing themselves as actors.

At no point does the film represent the Indian Air Force or our Armed Forces. We have nothing but the highest respect for the brave people protecting our nation.

In the video of the apology that Anil Kapoor has shared, he has tagged the official account of the Indian Air Force. Significantly, the Air Force had raised a strong objection to Anil Kapoor’s upcoming project ‘AK vs AK’. In this project, Anil Kapoor is shown in an Air Force dress and he is dancing. Apart from this, some of his dialogues are also shown in this dress.

This tweet was expressed by the Air Force
The Air Force expressed its objection to this video, writing, ‘In the video the uniform of the Air Force is misrepresented and the language used is also not correct. This video is not compatible with the behavior of soldiers deployed in Indian forces. Scenes related to this should be removed. ‘

The IAF uniform in this video is inaccurately donned & the language used is inappropriate. This does not conform to the behavioral norms of those in the Armed Forces of India. The related scenes need to be withdrawn.@NetflixIndia @ anuragkashyap72#AkvsAk https://t.co/F6PoyFtbuB

He further wrote that the Air Force uniform has been misused in it and the language is also not correct. These scenes should be removed. The poster of this project was released on Instagram by Anil Kapoor on Wednesday. In this poster, a picture has been prepared by combining Anil Kumar and Anurag Kashyap.