Ajay Devgan emotional on the death anniversary of father Viru Devgan, shared the video and said – I feel next to you 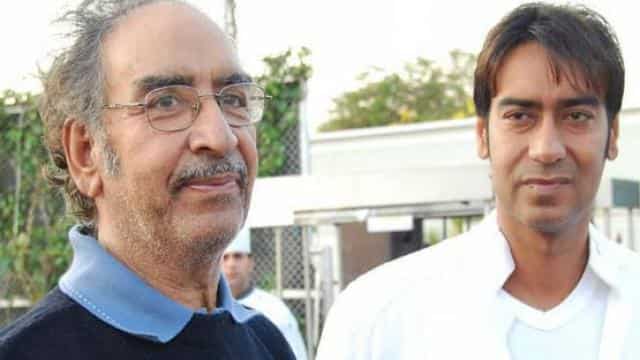 Ajay Devgan writes … ‘Dear Father, it’s been a year since you left .. However, I can still feel you next to me- calm, caring, protective .. Your presence always with your hands Keeps reassuring me. ‘ This post by Ajay Devgan is emotional.

Dear Dad, it’s a year since you left. However, I can feel you beside me — quiet, caring, protective; your presence is forever reassuring 🙏 pic.twitter.com/A8aYyF70bV

It is said that the credit for making Ajay Devgan a star goes to his father Veeru Devgan. Veeru himself came to Mumbai with a dream of becoming a star, but his dream could not come true. He could not become an actor, but he became a famous stunt choreographer of Bollywood films. He then decided that he would make his son Ajay Devgan a Bollywood superstar. He started preparing Ajay Devgan for this at an early age. He also associated Ajay with filmmaking and action, so that he would also be aware of the ground things. Built a gym at home. Dance classes were also started from college time. Used to take it to the set, so that Ajay can understand how the work is done on the set.

Ajay Devgan made his Bollywood debut as an actor at the age of 18 with ‘Phool Aur Kaante’. Ajay Devgn’s father acted as an action director in this film. After this the father-son duo worked together in many films. Veeru Devgan appeared in a small role in the 1981 film ‘Kranti’. He directed the film ‘Hindustan Ki Kasam’ in 1999.

SBI gave a big shock for the second time in a month, reduced interest on FD, see latest rates here

Another major drop in gold-silver rate in lockdown, know 10 grams of 24 to 18 carat gold