Ajay Devgan announces the release date of ‘Maidan’, the film will be knocked in theaters on this day 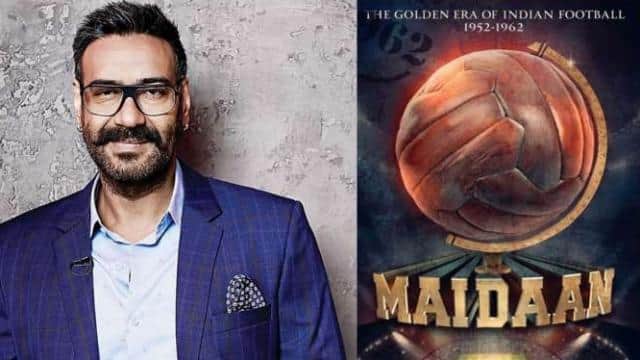 Bollywood actor Ajay Devgan has announced the release date of his new film Maidan after a long time. The film will be released in theaters on October 15 on the occasion of Dussehra. Ajay Devgan has shared this information with his fans through social media.

Ajay Devgan tweeted, “Now Maidan will be released worldwide in 2021 in Theaters on Dussehra. The shoot will begin in January 2021. Along with this, he has shared a poster of the film, in which he is seen in retro look.

When Rajinikanth said to the girl who came to interview, I want to marry you, read ‘Thalaivaa’ love story on birthday

Please tell that some parts of this film have been shot in Lucknow, Kolkata and Mumbai. Now its final schedule will shoot in January. Had the Corona virus not wreaked havoc in the country, the film would have been completed by now. About 65 percent of the film has been shot. The makers plan to complete the film’s last schedule by April 2021.

There is a savings account in the post office, so you have to keep at least this much balance, otherwise you can cut 100 rupees daily!