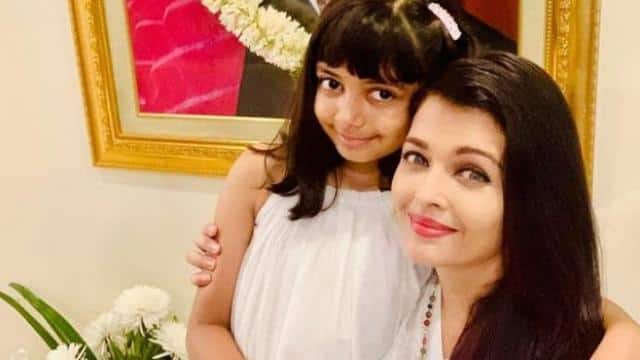 The corona report of Aishwarya Rai Bachchan and her daughter Aaradhya Bachchan has come negative. Both have been discharged from the hospital after the report came back negative and both have returned home. Abhishek Bachchan gave this information via tweet. He wrote, ‘Thank you all for your prayers and best wishes. We will always be grateful to you all. Thankfully, the corona report of Aishwarya and Aaradhya has come negative. Now both will stay at home. Me and my father will be under the supervision of the medical staff in the hospital. ‘

Thank you all for your continued prayers and good wishes. Indebted forever. 4
Aishwarya and Aaradhya have thankfully tested negative and have been discharged from the hospital. They will now be at home. My father and I remain in hospital under the care of the medical staff.

Please tell that Amitabh Bachchan and his family have been undergoing treatment for Corona at Nanavati Hospital for the last few days. First Big B and Abhishek were admitted to the hospital. At the same time, Aishwarya and Aaradhya were being treated at home, but then they were also admitted to the hospital a few days ago. Jaya Bachchan’s corona report came negative.

Big B recently wrote a blog in which he told that corona affects mental health. Big B wrote, “I sing in the dark of night and in a cold room, closing my eyes trying to sleep.” You don’t have anyone here. Have not seen anyone for several weeks, the doctors who are treating you are also in PPE kit.

Big B further wrote that ‘Does this affect mental health? According to the psychologist it has an effect. Even after leaving here, the patients are scared. They are afraid of going to the public place. They feel that people will behave differently with them now. You will behave as if you are carrying a disease with you. This is called pariah syndrome (fear of untouchability). Due to this, people are going into depression and loneliness. ‘

5 benefits of investing in PPF, if you know, you will invest in it