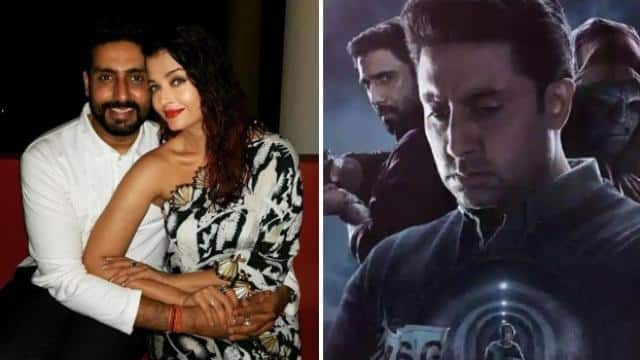 Today is special day for Bollywood actor Abhishek Bachchan. His web series ‘Breath: Into the Shadows’ has been released. The series is also getting good reviews from fans. Within a few hours this web series has started trending on social media. Seeing this series, Abhishek Bachchan’s wife Aishwarya Rai Bachchan has reacted. Let me tell you that Nitya Menon and Amit Saad are also in the main character along with Abhishek.

Aishwarya shared the post on Instagram and wrote that Shine on Baby, Breathe. Reacting to this, Abhishek wrote that thank you, love you. Let me tell you that Abhishek had told in an interview some time ago that everyone was very happy in the family. Aishwarya was a little emotional on seeing this. We all watched this web series a few weeks ago. My father and the rest of the family liked it very much. Everyone is very excited about this. I think this moment is a little emotional for the rest if someone from the family comes forward. Everyone sees it professionally and praises it for being a hit.

This is the real name of Ankita Lokhande, it was changed before entering the TV industry.

Let me tell you that Abhishek has made his digital debut with this series. This crime thriller is composed and produced by Ambudantia Entertainment. It has been launched exclusively on Amazon Prime Video in more than 200 countries and regions around the world. Mayank Sharma is its director. The show has been written by Bhavani Iyer, Vikram Tuli, Arshad Syed and Mayank Sharma very well.

What to do if the money is transferred in a bank account by mistake? Learn RBI rules