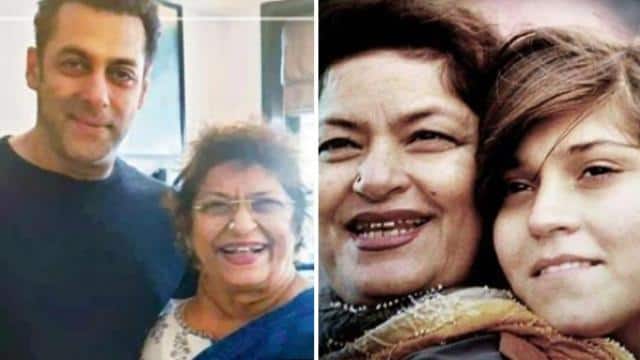 Saroj Khan has said goodbye to this world at the age of 71 years. The industry has suffered another setback with his death. Please tell that on June 24, he was admitted to the hospital due to difficulty in breathing. Earlier, there was also dialysis of Saroj Khan. According to reports, Salman Khan’s foundation was borne by Saroj Khan’s treatment. At the same time, Salman Khan’s sister Alvira Agnihotri also helped in the treatment of Saroj Khan. People associated with the film industry say that Salman Khan has always come forward to help the needy people. Now this testimony was also given by Saroj Khan’s daughter Sukaina Khan and praised Salman. Sukaina calls Salman a helping person. What kind of bonding was there between Saroj Khan and Salman is also told. Sukain also stated that the relationship between the two was perfectly fine.

In an interview, Saroj’s daughter Sukaina said that I had to go to Kerala for my son’s heart surgery. At this time only that person helped me. Mr. Khan has been standing like a rock with my family. Salman and his teammate Sandhya coordinated with us equally. Salman always accompanied us when we needed.

On Salman’s dispute with Saroj Khan, Sukaina said – a few years ago, he had a little estrangement, but it was soon over. I don’t know why people are saying such negative things about them. Salman stands up for everyone. He helps everyone, but many times he does not even give information about his help to anyone. Sukaina said that both mother and Salman had let what happened. Both have been seen together many times. So it can be guessed that everything was fine between the two. Both were always ahead for each other. I do not understand why people are raising the old point of their dispute now. Salman and his team always helped me and my family.

Sushant case to investigate the clothes used to hang the noose

Let us tell you that in his 40-year career, Saroj Khan choreographed more than 2 thousand songs, but in the last two years, Saroj did not have much work. Last year, Saroj Khan disclosed about her problems and said that she is not getting work in the industry and she is living by teaching classical dance. When Salman Khan came to know about this, he himself came forward to help her. He met Saroj ji. After this Salman asked him – ‘Will I work with you’? After this meeting, Saroj had praised Salman and said – ‘I know Salman only because of his tongue. They do what they say. Salman, who played the promise, gave the responsibility of training Sai Manjrekar to Saroj Khan in Dabangg 3.