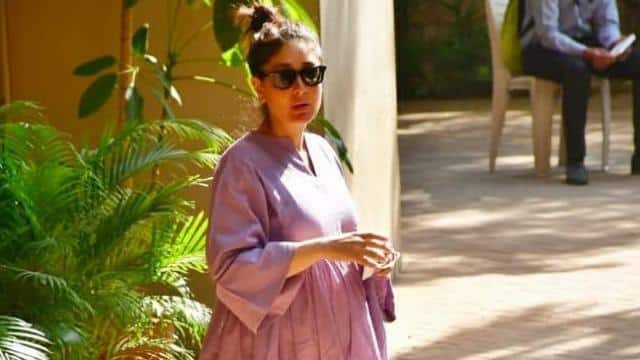 Actress Kareena Kapoor is pregnant and soon to give birth to another child. Meanwhile, on what he has thought of the name of the child, he says that he has learned from the controversy over the name of Timur and has not considered any name before. In the episode of What Women Want from actress Neha Dhupia, Kareena Kapoor said that after the controversy that arose at the time of Taimur’s birth, she has decided not to think in advance. He said, ‘I and Saif Ali Khan have not thought about this after the controversy over Timur. We want to leave it till the end and surprise at the end.

Neha Dhupia said that should we make a poll for the name of your second child and the one who gets the most suggestions should keep that name. Kareena Kapoor said that this will be the last option for us. In fact, when Saif Ali Khan announced the birth of Timur in 2016, there was a controversy over the name. A large section on social media had raised objections to this name and said that it was wrong to name the person who attacked India, on the medieval attacker Timur.

Talking about this whole controversy in 2017, Saif Ali Khan said that I had thought this time whether the son’s name should be changed, but Kareena Kapoor was against it and then we decided to go ahead. Not only this, Kareena Kapoor also said in an interview to journalist Rajdeep Sardesai in 2018, ‘It is true that we were trolling at that time, but on the other hand we also got strong support. A day before going to the hospital for delivery, Saif Ali Khan suggested the son be named Faiz. He said that the name is quite good and romantic. I said no. Timur means iron and I want the baby I give birth to be a fighter. I wanted to produce an Iron Man. ‘

Please tell that Saif Ali Khan has three children so far and is now preparing for the fourth child. He has a son Ibrahim and daughter Sara Ali Khan from first wife Amrita Singh. Also Kareena Kapoor has a son Taimur Ali Khan. Talking about Kareena Kapoor, she is going to be a mother for the second time. She has recently completed shooting for the film Lal Singh Chadha with actor Aamir Khan.