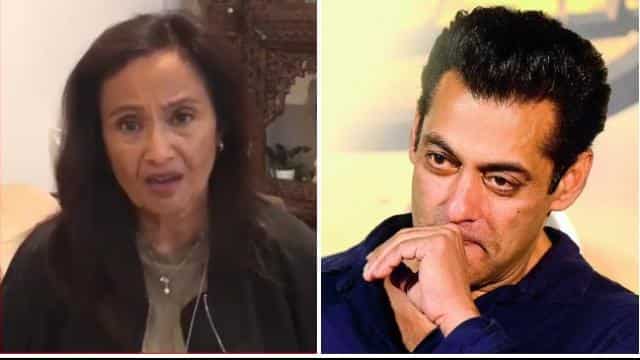 All are shocked by the death of Sushant Singh Rajput. No one can believe that such a talented actor will commit such sudden suicide. After Sushant’s death, many people expressed their reaction on social media expressing their grief. At the same time, after the actor’s suicide, the discussion about nepotism has intensified once again on social media. People are once again blaming Karan Johar on the social media, targeting the people of the Khan family, and blaming nepotism in Bollywood. Amidst all this, Rabia Amin, mother of the late actress Zia Khan, put superstar Salman Khan in the dock. Rabia Amin has released a video from London accusing Salman Khan of many.

In this video shared by Zia Khan’s mother Rabia Amin, she says that my condolences are with Sushant Singh Rajput’s family. It is a heart-wrenching affair in the right sense. It is not a joke. Now Bollywood has to change, Bollywood has to wake up. Bollywood needs to stop doing this altogether. Dragging is also a way of killing someone.

Sushant’s demise affected the popularity of Bollywood celebs, some followers decreased, some increased

Rabia continued, ‘Whatever is happening has reminded me of 2015. She further says in her statement that when I met a CBI officer in Beti’s case, she told me that I got a call from Salman Khan. He calls every day and talks about money. It is said that do not interrogate the boy, do not touch him, what can we do, Madam. After this, Rabia also took the high officials in this case. Rabia says that this poisonous behavior of Bollywood has to be stopped.

Manish Paul wants to do too many films

Gautralab is reported that on 3 June 2013, Jia Khan committed suicide. Aditya Pancholi’s son Suraj Pancholi also had to go to jail in the case, but he was strongly supported by Salman Khan. This charge has been made by Jia Khan’s mother.