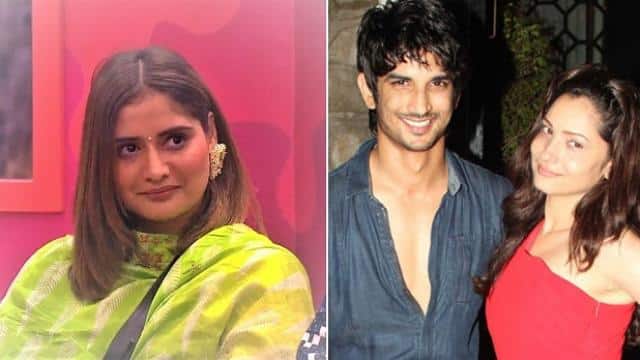 The death of Sushant Singh Rajput has caused a great shock to his friends, family and fans. Even after so many days of the actor’s death, everyone is missing him a lot. Explain that his ex girlfriend Ankita Lokhande had also broken up after Sushant’s death. She also went to meet Sushant’s family. Ankita has not said anything in this matter yet. However, his friends say that Ankita is in a bad condition after Sushant’s death.

Now Aarti Singh recently told that she had spoken to Ankita. Aarti told the Times of India that after Sushant’s death, he spoke to Ankita, to know whether he is now well or not.

Aarti said, ‘It was only through Ankita that I knew Sushant. He fought very well and was quite motivating. I spoke to Ankita and asked if she was alright. Ankita needs her space now and I too let her stay in her space ‘.

Mumbai Police is under investigation in Sushant Suicide case. In this episode, filmmaker Sanjay Leela Bhansali reached Bandra police station on July 6 to give his statement. Some pictures of the director going inside the police station have been revealed, in which he is seen wearing a mask.

Deputy Commissioner of Police (Zone-9) Abhishek Trimukhe said that we have been called to give statement to Sanjay Leela Bhansali in Sushant Singh Rajput case. According to the report, director Sanjay’s name came to light in this case when the film critic Subhash K Jha told that Sanjay was offered three films to Sushant, including ‘Bajirao Mastani’, ‘Goliyon Ki Rasleela Ram-Leela’ and ‘Padmaavat’ ‘ Are included. Because of this, he has now been called to the police station for questioning.