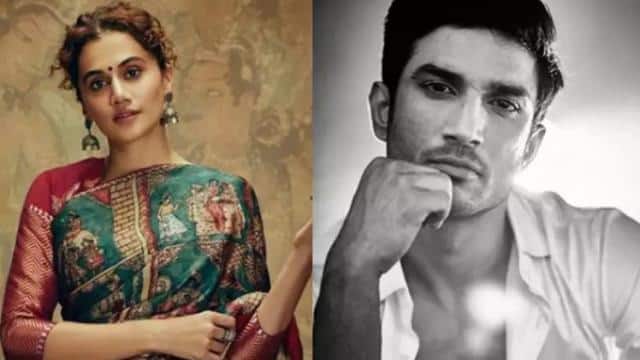 Bollywood actor Sushant Singh Rajput is handling the CBI case. There are many allegations against his girlfriend Riya Chakraborty, which the team is investigating. Riya and her entire family are being questioned. Everyday the case is taking a new turn. New revelations are happening. People are demanding justice on social media. Recently, Taapsee Pannu has also expressed her opinion on this case.

Tapasi has appealed to the people to have faith in the law and not to say anything about things to themselves. Retweeting the post of actress Lakshmi Manchu, Taapsee writes that I did not know Sushant at the personal level nor did I know Riya. Yes, but it is definitely known that no one should be held guilty until proven. You are not above the law. Trust the law.

I took know Sushant on a personal level nor do I know Rhea but what I know is, it only takes to be a human to understand how wrong it is to overtake judiciary to convict someone who proved proven guilty. Trust the law of the land for your sanity and the deceased’s sanctity 🙏🏼 https://t.co/gmd6GVMNjc

On the very first day of the 11th class, the teacher held Sushant out, calling him ‘Casanova’

Two days ago, the Press Council of India raised some questions on media coverage related to the Sushant Singh Rajput case. He said that he should not bring things related to this case from his side. Cover things at the journalistic level according to the investment.