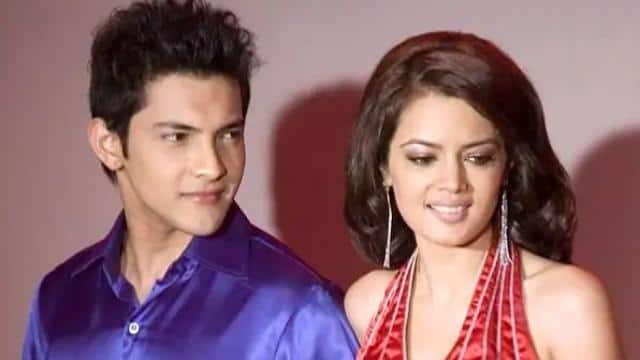 Singer Aditya Narayan recently announced his marriage to girlfriend Shweta Aggarwal. Now the photo of his stopped ceremonies is getting viral on social media. The families of both are also seen in this photo. In the photo, Aditya is wearing a gray denim shirt, while Shweta Pink looks very beautiful in a salwar suit. Both seem quite happy.

Earlier, Aditya Narayan confirmed his marriage while sharing a photo with Shweta. He wrote, ‘We are getting married. I am the happiest guy in the world, who got Shweta, Mary Soulmate, 11 years ago and we are going to tie the knot in the month of December. We are both very private people. Believes that a person’s private life should be kept private. I am taking off from social media for wedding preparations. See you in December. It was said that at some time or other you will meet somewhere, we are sure.

Recently, during an interview, Aditya talked about his relationship with Shweta. Speaking to E-Times, Aditya said, ‘I met Shweta on the set of the film’ Shapit ‘and there was a good bonding between us. Then slowly I fell in love with Shweta. Initially she just wanted to be friends, as we were both young and wanted to focus on her career. Like every relationship, our relationship also fluctuated a lot. My parents like Shweta a lot.

Sonu Sood is also helping the needy during shooting in Hyderabad, video surfaced

Aditya further said that I remember that some years ago people were guessing that mine and Shweta had a breakup. After that it was difficult to go out with Shweta. I know that there are problems in the relationship, but that does not mean it is over. These days the marriage breaks up very quickly, so both of us were getting to know each other well. So after so many years of relationship, I feel that now is the right time to get married.

Women should get big roles in commercial films too: Yami Gautam