Actress Deepika Padukone arrives in Mumbai from Goa for NCB inquiry, increased security outside the house 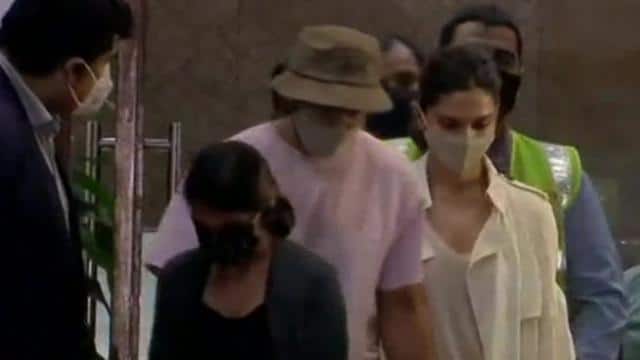 NCB has called Deepika Padukone for questioning on September 26. Actress was named by Jaya Saha in the drugs angle in Sushant Singh Rajput death case. Recently, there were some WhatsApp chats related to the drugs case, in which Deepika Padukone’s name came up. In this chat, D was demanding ‘goods’ from K. Times Now claimed that D is Deepika and K is Karishma, an employee of the Kwon Talent Management Agency. Kwon Company has contracts with many big Bollywood actors and actresses, including Deepika’s name. Deepika was found in chats demanding ‘goods’ or drugs.

According to NCB, Padukone has submitted to join the investigation on September 26, in connection with a drug case related to Sushant Singh Rajput death. https://t.co/48vK9lqkyZ pic.twitter.com/TrW2Ni6Gzp

Trolls on nepotism compare between the number of followers of Prachi Desai, Abhishek Bachchan, actor gives a befitting reply

D to K: Do you have goods? To this K responds, ‘but is at home. I am in Bandra. K writes that if you want, I tell Amit. Then D says yes, please. K’s answer comes that Amit has, he keeps. DHash writes that right? No hemp K says when are you coming to Coco. Then D’s answer is that between 11 and 12½.

Significantly, the NCB official said that on Thursday, the investigation team recorded the statements of fashion designer Simone Khambhata and former Rajput manager Shruti Modi. The NCB had initiated an investigation into the intoxicating substance that surfaced after Rajput’s death. Now the agency has expanded the scope of its investigation and has asked some more Bollywood personalities to join the investigation.