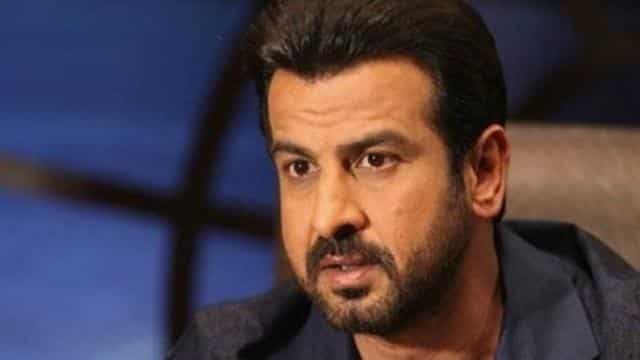 Renowned actor Ronit Roy of Bollywood and TV world has made a distance from TV. However, one of his web series ‘Kahane Ko Humsafar Hai’ was released recently, which was liked by the audience. Ronit was in the news for the last several days for his noble cause. He gave people with corona virus tips to make masks from T-shirts. Now the lockdown caused by the corona virus has shaken their economic situation badly. Ronit Roy revealed that he is helping people even though he is going through financial crisis due to the lockdown.

Nawazuddin Siddiqui’s brother has been accused of sexual harassment by niece, then Alia Siddiqui, wife of Boli actor – is just beginning

In an interview with Times of India, Ronit Roy said that he is also very upset due to the lockdown. His income has been closed since January and his business has stalled since March. In such a situation, every means of earning is closed at this time. However, in this difficult time, instead of being depressed, he is working with courage. With this, he told that even though the money is not coming during this, he has not stopped the salary of his staff. Over 100 families depend on them. Which they have to support in any case. Therefore, they are helping people by selling goods near them. Ronit further says that he is not an Amir or any big man but he wants to help everyone in the recent past.

Reportedly, Ronit has appealed to big production houses. He came out to help the artists. Along with this, the actor has insisted not to take suicide in this interview. According to the actor, he was also unemployed for a long time and did not get work, but it is wrong to think of suicide. Because this cannot solve the problem.

Significantly, Ronit Roy, who is famous in Indian films by his name, is known to almost everyone, Ronit, who is recognized by TV serials, came in discussions with Rishabh Bazaz, the main character of Hindi’s most popular serial show Kasauti Zindagi and today he is known to all . Ronit Roy is an actor in Hindi films, who is currently doing his work.

Let me tell you that Ronit Roy Jan Tere Naam has played the lead role in the film, this film came in 1992, besides he has acted in the bomb blasts with Aditya Pancholi and Kishori Shahane. Following her success on TV, Ronit Roy starred in the critically acclaimed film Udaan in 2010 for which she has also won the Best Actor award, Anurag Kashyap’s The Girl in Yellow Boots, Karan Johar’s Student of the Year, Deepa Mehta K has acted in films like Midnight’s Children, Sanjay Gupta’s Shootout at Wadala and Ugly.