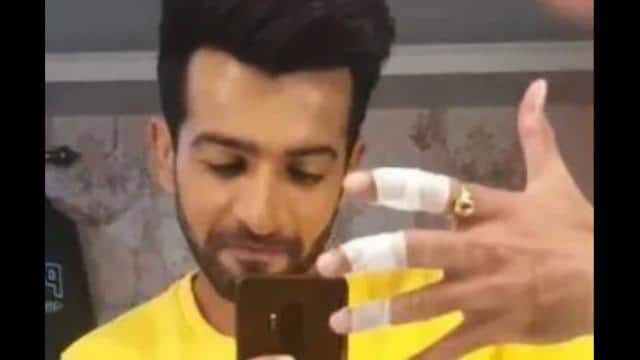 In the midst of the corona virus epidemic, ‘New Normal’ has now resumed shooting and work in the TV and Bollywood industry. Actors and other staff are using face masks, gloves etc. on shooting sets for TV shows and films. Entire sets are being sanitized, so that more and more threats can be removed.

The shooting of the TV reality show Khatron Ke Khiladi-Made in India has also started. It is hosted by film maker Rohit Shetty. This entire season is being shot in Mumbai. Earlier seasons were shot in other countries. An important information related to this show has been revealed. Actor Jai Bhanushali is injured on the set.

Jai shared a video on Instagram and wrote that he was injured. However, he has said that he is fully prepared for the next stunt. The video uploaded by Jai Bhanushali shows bandages in his fingers.

Sushant Singh Rajput, who was unable to sleep for 4 nights after being named in the Meitu case, told the director of ‘Pritha Rishta’

In the caption of the video, Jai wrote, ‘I got injured during the shooting of’ Khatron Ke Khiladi: Made in India ‘. But, I am ready for the next stunt. Wish me luck In addition, Jay has used the #reels #reelitfeelit hashtag.