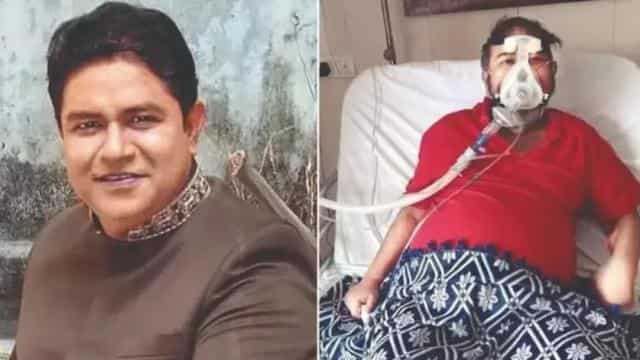 Now Ashish Roy has been discharged from the hospital. He took this decision because of the cash crunch and the bank account being empty. Apart from this, the threat of Kovid-19 was also increasing, due to which they thought it right to come home. Now he is going to the hospital for dialysis only.

Ashish says that the doctors said that a large amount of water has been drained from my body, but the pipe that drains the water around my neck, which is to be removed only after 10 dialysis, is giving some trouble. I asked the doctor to shift it to the other side of the throat. So he says that for this a small surgery will have to be done, which will cost one lakh rupees. My problem right now is the money that is running out with me.

Ashish further says that I have to do four dialysis a week and each dialysis costs me two thousand. Today I have received one lakh rupees. Looks like I’ll have to stop dialysis soon because the money is running out. Doctors say that the water has been removed from my body, but the kidneys are damaged. Kidney transplant is needed to function inside the body. If I stop dialysis, then the garbage will accumulate inside and it will start turning into poison. I am currently thinking of a kidney transplant because I cannot spend all my money in dialysis. Kidney transplant is also a long process. In such a situation, I will have to remain on dialysis for some time.

Ashish says that I want to get well soon and stand on my feet again. Please tell that earlier this year, Ashish was admitted to the hospital due to illness. About 9 liters of water was stored in his body. The doctors extracted water from his body after a lot of hard work. It is worth mentioning that Ashish has made ‘Sasural Simar Ka’, ‘Banegi Apni Baat’, ‘Byomkesh Bakshi’, ‘Yes Boss’,’ Ba Bahu Aur Baby ‘,’ Mere Angne Mein ‘,’ Kuch Rang Pyar Ke Aisi Bhi ‘and’ Has worked in many TV shows like Aaram.