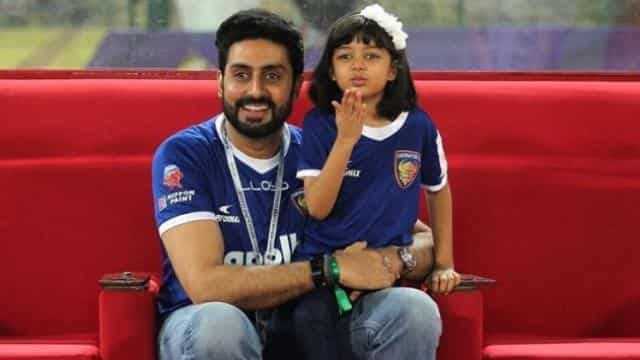 Bollywood actor Abhishek Bachchan is soon going to make his digital debut with the web series Breathe: Into the Shadow. Abhishek recently revealed in an interview that he has lost many projects due to not doing the ‘bold scene’. He spoke openly about the ‘no-intimate scene on-screen’ policy, which he has been following for many years. Abhishek said that he would not do anything that would make his daughter Aaradhya feel uncomfortable.

He said, ‘I do not want to do anything that my daughter is a little uncomfortable on seeing and question me what is going on here. I also tell my directors before signing projects that if there is a scene which has very intimate scenes, then I am not ready to do it. You have a choice ‘.

Abhishek said that he has lost many projects due to not doing bold scenes. However, he does not regret his decision at all. He said that if the intimate scene is an essential part of the director’s story, then he happily retreats from the projects. He said that there is no regrets, because I have a separate point and view and the producer-director has his own point of view. I completely respect him if he does not want to compromise on it. This is completely fine.

Work was sought from many people

Abhishek told a few days ago on social media, ‘In 1998, I and Rakesh Om Prakash Mehra were going to start their career together. He was a handyman under his direction. However he could not find any to launch. For this he tried many times. Recalling an incident, he further writes about how many producers and directors circled him and asked many people to work in the film, acting in Bollywood. However, Po could not do so. After this Om Prakash Mehra and Abhishek made an idea to do something themselves and started work on the film ‘Samjhauta Express’. Although that film could never be made.

Abhishek further states that Rakesh started making ‘Aks’ with my father and I met JP Sahab. JP Sahab wanted to be the ‘last Mughal’ and was looking for a new face …. I was lucky. He did not create the ‘last Mughal’ but ‘Refugee’. Ten years later, I appeared in ‘Delhi 6’ with Rokash Omprakash Mehra. After this, ‘Delhi 6’ and the film ‘Paa’ made with my father Amitabh Bachchan were released. Abhishek Bachchan further wrote that after hard work he got a lot and over time he learned a lot.