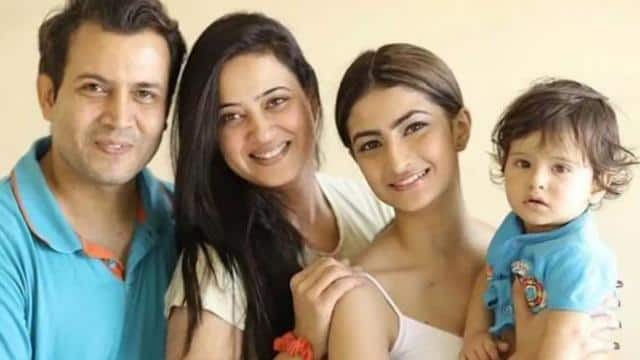 The marriage contraption of TV actress Shweta Tiwari and Abhinav Kohli has been in discussion for a few days. In a recent interview, Abhinav Kohli has made fresh allegations against Shweta Tiwari. She says that Shweta did not let her meet her son Reyansh during the lockdown. On the contrary, they called the police and took them out of the house.

Abhinav says in an interview with ETimes that Shweta made a video call to me on 14 May. Reyansh was crying and he wanted to talk to me. Suddenly Shweta walked out of the room and closed the door. Reyansh shouted very fast and he angrily threw the iPad. I was quite worried and so I left for Shweta’s house. Shweta called the police and kicked me out of her house. What was my fault, I was just worrying about my child, for which I went there.

Abhinav further says that in these two months I have been in contact with Reyansh, through phone and video call. And when I went to meet her on 14 May, Shweta called the police and kicked me out. I was pleading with the police to let me meet my son once. I sat in the police station that day and cried for three hours. I felt helpless, could not meet my child. Policemen said, “Hey Kohli, you shut up, why are you crying manly?” I told him that I only want to meet my son. What crime have I committed that brought me here? On 15 May, I again went to Shweta’s house because I did not want my son to grow up seeing that his father did not even try to TRAI once. And his mother is quite strong who called the police and got me out. I played with him that day. From that day onwards, whenever I try to meet Reyansh, Shweta starts making excuses. Sometimes she says she is sleeping, sometimes she says something and closes the door to my mouth. Do not allow it to come inside the house.

Radhika Madan gave the audition for ‘Student of the Year’, said – was the dirtiest experience and I will not blame Dharma Productions for this

Let us tell you that in the month of August last year, Shweta Tiwari separated from Abhinav. She moved to another house with daughter Palak Tiwari and Reyansh. Till then, Abhinav Kohli was silent about the marriage dispute, but now he has been sharing posts on social media for a few days. Accusing Shweta Tiwari, she is putting her foot in front of people.

Abhinav Kohli is trying to show himself innocent by sharing a post related to Palak Tiwari. In the post, Shweta is questioning why she has not filed an application for Divorce yet. Abhinav says that he is with Shweta.