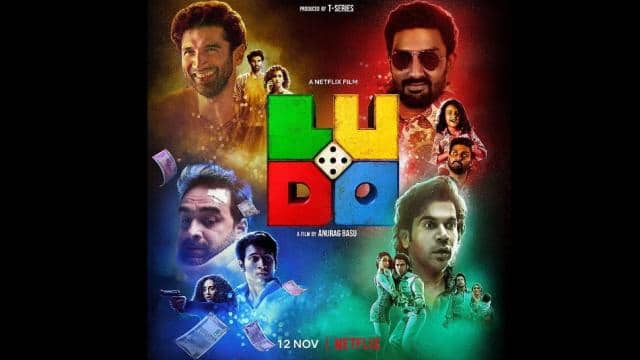 The trailer of Bollywood director Anurag Basu’s film ‘Ludo’ has been released. Within a few hours of the trailer’s release, the film has become completely popular on social media. The trailer of the film is getting a lot of praise. Actor Aamir Khan has also praised it from his social media.

After watching the trailer, Aamir Khan has asked Anurag Basu how long he will have to wait for this film? Tweeting, he wrote, “Was the trailer Basu, wow !! Congratulations to the entire team! It will be waiting. How long do you have to wait? Why don’t you keep a virtual screening for your industry friends.”

The trailer of the film has been trending throughout the day. It stars Abhishek Bachchan, Rajkumar Rao, Aditya Roy Kapur, Pankaj Tripathi, Sanya Malhotra, Rohit Saraf and Fatima Sana Sheikh in the lead roles.

The film stars Abhishek Bachchan, Rajkumar Rao, Aditya Roy Kapur, Pankaj Tripathi, Sanya Malhotra, Rohit Saraf and Fatima Sana Sheikh in the lead roles. Over 9.4 lakh people have watched the film’s trailer on YouTube in a few hours. The film will be released on Netflix on November 12. The film will have a direct competition with Akshay’s ‘Lakshmi Bomb’ which is releasing on 9 November.

Aamir Khan also reacted by watching the trailer of actor Akshay Kumar’s film ‘Laxmi Bomb’. Wishing him, he wrote, “Dear Akshay Kumar, what a wonderful trailer, my friend. I can not resist myself to watch this film. This film has been made on a large scale. I wish it were released in theaters. And your performance looks very good, good luck to all. “