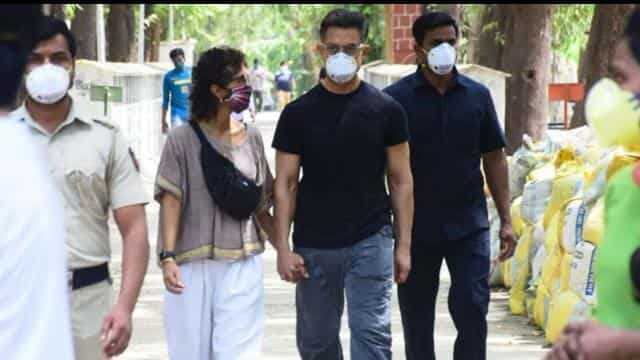 Since the beginning of the year 2020, many bad news have been revealed. Especially this year is proving to be very bad for Bollywood. This year, after the demise of Veteran actors Rishi Kapoor and Irrfan Khan, there is another bad news for Bollywood. His assistant Amos Paul, who has been assisting Aamir for the last 25 years, has passed away. Amos had a heart attack on Tuesday morning. Aamir himself hospitalized her immediately but she did not survive. After the death of Amos Paul, Aamir also accompanied his wife Kiran to his funeral.

Let us tell you that Amos had also assisted Rani Mukherjee before Aamir. At the same time, Amos was not an assistant to Aamir, but a member of the household. Recently Amos became a grandfather. Aamir’s friend Karim Hazi also told that Amos was quite an ordinary person. He was very good at heart. Apart from being hardworking, Amos was also a lively person. He did not have any disease. Nobody thought that he would suddenly leave like this.

Anupreet Kaur Mar 7, 2021
New Delhi. The glow of gold is getting faded as the corona of havoc decreases all over the world. In the last two…