A bus costs so much to send migrant laborers home, Sonu Sood told himself 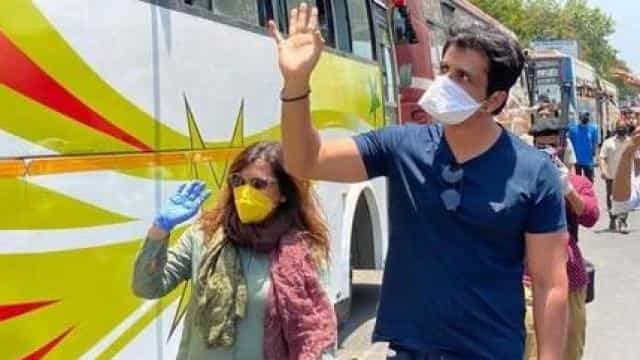 The lockdown has had a significant impact on the daily wage laborers. They do not have work and without work they are facing a lot of problems. However, Sonu Nigam came forward to help these laborers. Sonu has transported thousands of migrant laborers from Mumbai to their homes so far. Sonu arranged buses for these laborers and through this he sent everyone home. Not only this, Sonu also sent food for those laborers so that not all laborers travel on empty stomach.

Now recently Sonu was asked how much does a bus cost to send laborers home, Sonu said that it costs between Rs 1.8 lakh and Rs 2 lakh. He explained that it all depends on where the migrant has to go.

I too came to Mumbai with dreams in my eyes as a migrant: Sonu

Sonu said during an interview, ‘I am helping the migrant laborers because I too was a migrant who came to Mumbai with a lot of dreams. I came to know from the photos how much trouble they are going through. He is walking on the roads thousands of kilometers without food and water, so I remembered my early days. I first came to Mumbai by train without a reserved ticket. I reached Mumbai by standing at the door of the train and sleeping next to the washroom. I know what a struggle is.

Sonu Sood and his team have sent thousands of laborers from Mumbai to Karnataka, Rajasthan, Jharkhand, Odisha, Uttar Pradesh and Bihar through buses and the work is still going on.