9 million people will be unemployed, the threat of common people is even bigger than Corona 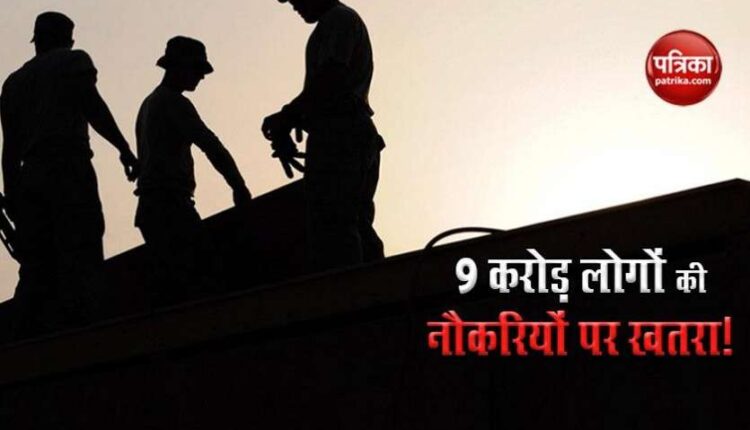 new Delhi. In the coming years, the jobs of the people of the country and the world are going to pose an even greater danger than Corona. According to a report of the World Economic Forum, about 9 crore jobs of the country and the world have been completely endangered. By the way, the report also said that about 100 million new roles will emerge due to the changes taking place during this period. That is, new employment opportunities will also be created. Let us also tell you what kind of report has come out under the World Economic Forum.

Threat on 9 crore jobs
In future, with the help of new technologies, as the country and the world develops, so will the jobs of humans. This has been revealed in a report by the World Economic Forum or World Economic Forum. The report said that the jobs of 8.7 crore people could be in danger in the coming years. However, in the ‘Future of Jobs Report 2020’ it is also revealed that 9.7 crore many new roles will also be developed, which will help in bringing harmony between humans, machines and new processes.

Also read: The rules of ATM Cash Transaction can be big changes after 8 years, RBI may take a big blow

Also figures
According to the report, however, the new jobs that will develop in the coming years will dominate the dying jobs, in contrast to the previous years, where the construction of jobs has been slow, while the figures for the end of jobs have seen a boom. The report said that employers expect the workforce to decline from 15.4 per cent to 9 per cent by 2025, with new jobs increasing from 7.8 per cent to 13.5 per cent.

10 million new roles will be born
The report further states that based on these data, we estimate that by 2025, 8.7 million jobs will be displaced from humans to machines, while 9.7 million new jobs will be created, which harmonize between machines, human workforce and new processes. Installing will appear. Let us tell you that due to Corona virus, jobs of crores of people in the world have been lost. In particular, there has been a big decline in white collar jobs. In such a situation, the report of the World Economic Forum is very disappointing.

Plan to buy a house in festive season, so these 5 banks are giving cheap home loan, see list