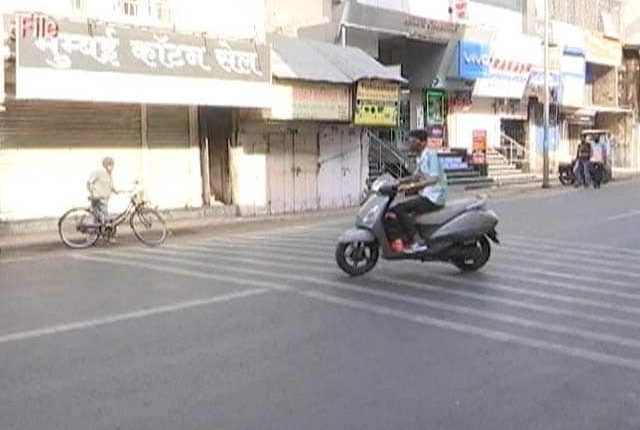 The loss to traders due to the lockdown, CAIT wrote a letter to the Ministry of Finance. (Symbolic picture)

Second wave of kovid The economy has also taken its grip. To prevent the spread of infection in several states in the country in the last month Lockdown and night curfew Has been resorted to and has impacted the traders badly. The Confederation of All India Traders (CAIT) has said that domestic trade has lost Rs 7 lakh crore in the last 40 days. The merchant organization has written a letter to the Finance Minister seeking relief.

CAIT has written a letter to Finance Minister Nirmala Sitharaman demanding relief for the millions of traders facing lockdown. In a letter written to the Finance Minister on Friday, the trade organization said that in the last 40 days, domestic trade has lost Rs 7 lakh crore due to lockdown and night curfew in different states of the country.

According to the trader organization CAIT, the Kovid epidemic has virtually halted business activities across the country and the non-corporate sector is going through a much worse situation due to Kovid.

In the second wave of Corona, 7 million people lost their jobs in India

CAIT in a letter to the Finance Minister urged to extend several immediate financial relief measures and various statutory due dates under GST (Goods and Services Tax) and Income Tax till August 31, 2021 as a relief package for traders across the country. is.

The Merchants Organization has also demanded from the Finance Minister that banks be instructed not to take any interest on loans from merchants for the period of lockdown and a moratorium period of six months, in which the EMI of the loan is prohibited from being paid. Be applied

Please tell that meanwhile, on Friday, the Ministry of Finance for April 2021 Economic Review Report In which the economy is in the grip of the second wave. The ministry has said that economic activity may weaken in the first quarter of the financial year 2021-22. At the same time, CMIE in its latest report released this week has claimed that in the month of April, compared to March this year, the jobs of 70 lakh people have been lost.

Economic recovery in the grip of second wave of Kovid, may impact on first quarter of FY22