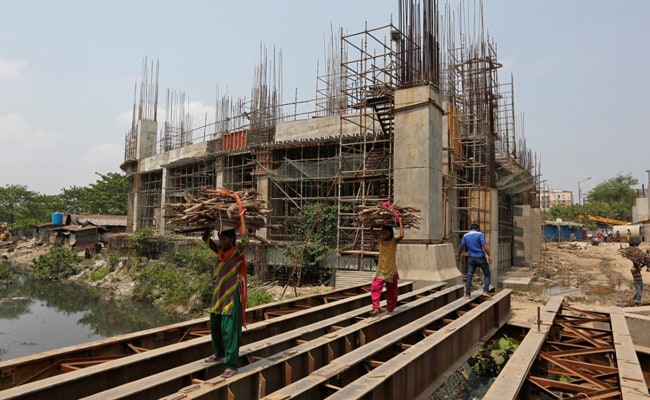 GDP Q2 Results: Quarterly figures for the financial year indicated the economy to be back on track

An improvement is visible in Kovid’s initial setback in the country’s economic growth rate. The impact of the lockdown has indicated a recovery in the second quarter following strong setbacks in the first quarter of the financial year 2020-21. In the second quarter Fall in GDP -7.5 percent. Whereas in the first quarter there was a decline of -23.9 percent in GDP. But the country seems to be in the grip of technical recession.

Due to Corona, there was a lockdown of about two months at the end of March. Whereas in late May, the government started the process of unlocking economic activities. This has helped the economy to get back on track. Quarterly figures of GDP The release is the first technical meltdown since 1996 to begin. Economic analysts believe that the figures for this quarter of July-September have been better than anticipated. Analysts had forecast a -8.8 percent decline in GDP. Despite a slight improvement in the economy, the economic growth rate for the entire financial year is projected to be -8.7 percent (GDP growth rate), the worst in more than four decades. There will be economic performance.

Boom in agriculture and manufacturing sector

The field of agriculture, fisheries and forestry has gained momentum. Manufacturing, manufacturing, electricity, gas, water supply and other consumption services have shown significant improvement in this quarter. Experts say that the boom in manufacturing sector is expected to increase employment.

With the improvement in the economy, there is hope that employment may increase. Also, demand from work from home can also increase in the Corona period. The cases of corona in the country are also declining daily. Which reached 97 thousand in the middle of September. Now this number is between 40 and 50 thousand. So far, more than 92 lakh corona patients have been found in the country, which is the highest after America.

Will remain positive in the last quarter of the financial year

Economists expect that the growth rate may improve further in the remaining two quarters of the financial year 2020-21. The growth rate in the October-December quarter can be -3 percent. Whereas in the last quarter of January-March it can indicate growth again with a growth rate of 0.5 per cent.

Economists say that from the financial year 2021-22, ie April 2021, the economy may regain momentum with the rise in consumer demand again. Consumers’ demand is expected to pick up in vehicle sales, freight and non-durable goods. The government has recently announced a third package under the Self-Reliant India Scheme. The festive season can also have a good effect in the third quarter results.

Finance Minister Nirmala Sitharaman recently announced a package of Rs 2.65 lakh crore under the self-sufficient Bharat 3.0 (Atmanirbhar Bharat 3.0). In this, assistance was announced for sectors that boost employment, including real estate. This has increased the total monetary and financial incentive amount to Rs 29.88 lakh crore during the Corona period, which is 15 percent of GDP.

Corona has a very bad effect on Indian economy, will remain impact till 2025