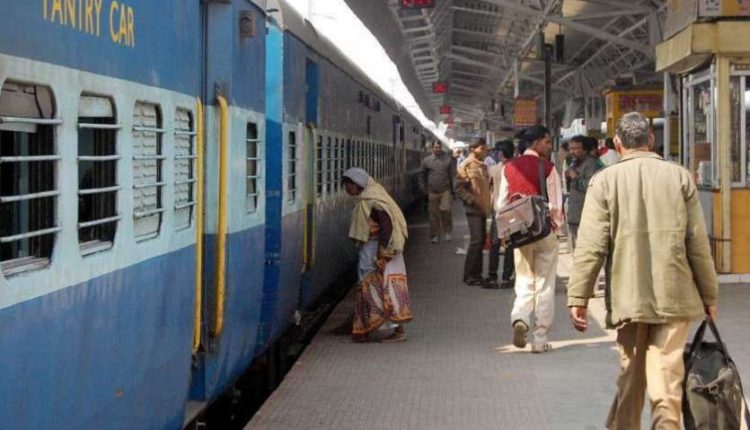 New Delhi. As the festival of Holi draws near, the corona wave is increasing more rapidly. But even in the coronary period, the worry of going home to the passengers has started worrying. In order to enable passengers to reach their homes on time, Western Railway has decided to start 5 special trains again. Reservation of all these trains will start from 18 March ie today. Passengers will not have to face any kind of problems due to the running of these trains. With the running of these five special trains, passengers will be able to reach their homes comfortably in the festival.

Also read:-Modi Sarkar’s Holi gift, 8th installment of ‘PM Kisan Samman’ will come before this festival! Check your name in the list

1- Train number 09371/09372 will depart from Indore to Puri on 23 March. This train will reach Puri via Dewas, Bhopal, Itarsi, Nagpur, Gondia, Raj Nandgaon, Durg, Raipur, Bilaspur, Sambalpur City and Bhubaneswar. After this, it will return from Puri to Indore on 25 March.

2- Train number 09227/09228 will run between Mumbai Central to Indore which will run only on Thursday and Saturday, two days a week. This will be Duronto Superfast train, this train will reach Indore after Ratlam and Ujjain via Vadodara. This train is starting from 18 March ie today.

3- Train number 09229/09230 This train will run between Mumbai Central to Jaipur. This train will also run two days a week on Saturday and Tuesday and will reach Jaipur via Vadodara, Ratlam and Sawai Madhopur.

4- Train number 09231/09232 will run between Central Mumbai to Hapa. It will run all week. This Duronto Superfast train will reach Hapa via Ahmedabad, Surendranagar and Rajkot.

5- Train number 09016/09015 This train will run between Indore to Lingampalli but it will run only on Saturday, one day a week. This Humsafar Superfast train will reach Lingampalli via Ujjain, Ratlam, Vadodara, Surat, Vasai Road, Panvel, Pune, Solapur and Kalburgi.

Only confirmed ticketers will be able to travel

In view of the Corona era, even though 5 trains are being postponed, the entire precaution will also be taken in it. According to the rules of the railway, only the passenger whose ticket is confirmed will be able to travel in the train. Apart from this, it is necessary to follow the rules of social distancing in the train in view of the coronary period. Booking of all these 5 trains can be done from the website of IRCTC.

LIC’s big announcement, by March 31, can go to any office and submit maturity claim documents