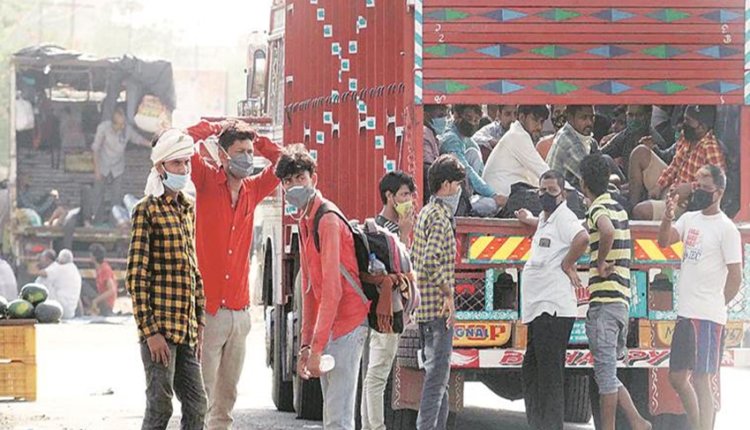 Bihar Coronavirus LIVE news updates, Bihar Corona Cases District-Wise Latest Update: As the number of labor trains coming to Bihar is getting faster, the number of corona infected is increasing. According to Sanjay Kumar, Principal Secretary, Health Department, positive reports of 85 people have been received till Saturday afternoon. The highest number of them is 18 in Banka district of Bhagalpur division. 10 Samastipur, 7 Jhajha of Jamui, 6 BMP-14 jawans of Patna, 3 Katihar and 2 Aurangabad, 15 Purnia, 9 Nawada, six Madhubani, 3 Vaishali, 2 Muzaffarpur, 1-1 East Champaran, Shivhar, Jehanabad. In this way, the total number of infected have been 1118.

In other states of Bihar, a special train is coming for the trapped laborers after the house arrest. Since then, the number of patients has increased rapidly. On March 22, three people among those coming from abroad in the state were found infected. By April 19, the number of infected was 50. The figure reached 100 on 20 April. On 24 April, the number of infected doubled to 200, while on 29 April 400. After this the number increased to 800 on May 12, and on Friday it crossed one thousand. By the time the news was written, 1079 were infected with positive reports. In Bhagalpur, there are 33 infected. Eight of them have been discharged from the hospital.

According to the Health Department, 462 out of 1079 are workers from other states. The highest single day so far on May 12, 130 people reported positive. While 85 people were found infected on May 10 and 74 on May 13. The number of infected coming from Delhi is the top. While the second place is coming from Gujarat.

The Principal Secretary of Health Department states that the infected are being analyzed. Every person from outside is being examined and they are being kept in separate camps in the blocks for 14 days. Those coming from abroad had already started the investigation before the lockdown. By the middle of April twenty people from abroad had come in contact with other fifty people and got infected.

It is said that under ‘Vande Bharat Mission’, 36 Bihar origin have come. They have been separated into Lucknow and Gaya. They have come by airplane landed in the said cities. They can stay separately in the hotel at their own expense. Else, one has to live in separate camps under government arrangement. The government has left it at his wish. But in any case, you have to be separate.

Let me tell you that the corona outbreak is not taking the name of stoppage and is spreading very fast. Coronavirus cases in India have crossed the 85,000 mark by Saturday. There are now more than 52 thousand active cases in the country, while 2753 people have died. The good news is that so far, more than 30 percent of the total patients, about 30 thousand people have recovered and returned home. In the last 24 hours only 2277 patients have been discharged, which is the record so far.