30,000 crore investment in Tamil Nadu in 2 months in Corona period, 67 thousand people will get employment 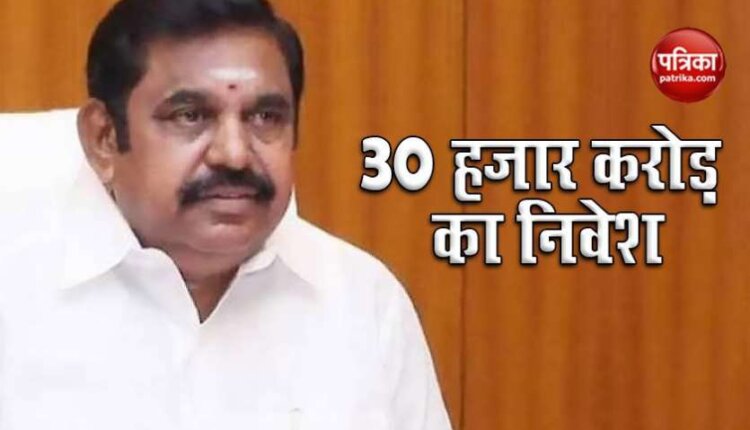 new Delhi : There is good news from Tamil Nadu in the whole country having coronavirus. In fact, when the entire country is troubled by the poor state of the economy, the Government of Tamil Nadu has attracted an investment of 30000 crore rupees (Investment in Tamilnadu) within 2 months. It is expected that this investment will generate better employment opportunities in the state. Tamil Nadu government signed 16 memorandum of understanding worth Rs 5100 crore on 23 July, claiming that this investment will create around 6500 jobs. Let us tell you that from the investment of 30664 crore within 2 months More than 67000 jobs are expected to be created in the state.

10399 crore MoUs were signed by the government on July 20, which is capable of giving jobs to more than 13 thousand people, while on May 27, 17 companies invested about 15128 crores so that more than 47000 people get jobs. Hope is being expressed The MoU signed on 23 July is a new chapter in this direction.

On July 23, all these MOUs were signed in the presence of Chief Minister K Paliniswami, let us tell you that on July 23, the Chief Minister has also launched www.investingintamilnadu.com which will be about the government’s policy of investment promotion.

Atal Pension Yojana is allowed to reduce the premium, how can it work