3 out of four Chinese Smartphones entered India in Lockdown, yet fell 73% turnover 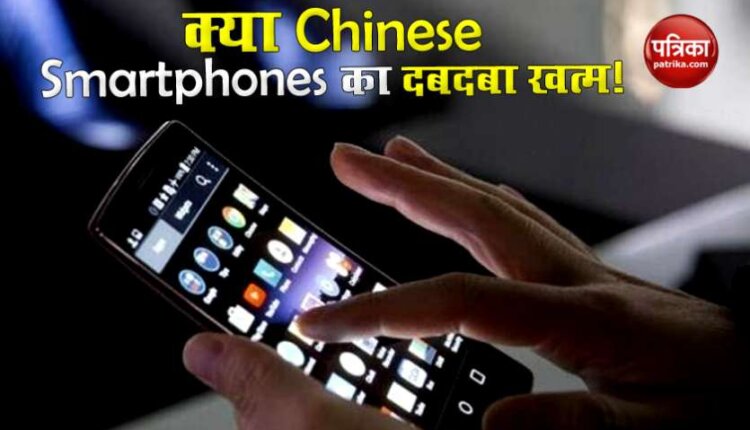 new Delhi. During the second quarter of the calendar year (June Quarter 2020), 3 out of four smartphones entering India during Coronavirus Lockdown were from China. The special thing is that during this time, the Chinese smartphone market share in India has seen a decline of more than 70 percent. On the other hand, Samsung’s market share has increased. According to the report, Xiaomi is currently at number one position in the market share (Xiaomi Market Share). According to the data, the smartphone shipments during the lockdown in India have seen a decline of more than 40 percent.

Samsung took advantage
Three of every four smartphones that came to India during the June quarter were made by China, despite supply constraints and domestic production shortages due to the lockdown imposed in the country. According to CMR India’s Mobile Handset Market Review, Samsung benefited from the challenges faced by Chinese smartphone brands and Samsung improved its falling market rate and improved market share by 24 per cent in the second quarter due to its improved supply chain. Was able to do it.

Also read: Banks will remain closed for so many days from SBI to BOB and UBI in the month of August, see the full list here

Some such figures came out
The market share of Chinese smartphone brands fell by 73 per cent during the second quarter, similar to the level last seen in the third quarter of 2019. Due to the lockdown in the country, the total shipments of smartphones in India declined by 41 per cent quarter-on-quarter and 48 per cent year-on-year in the June quarter. Talking about the top three, Xiaomi managed to maintain 30 percent, Samsung 24 percent and Vivo 17 percent market share.

Samsung will maintain its strength
According to Amit Sharma, manager of Industry Intelligence Group of CMR, it is yet to be seen whether Samsung will be able to maintain its performance in the market in the coming quarters, cater to the demand of consumers, challenging the dominance of Chinese smartphone brands against them. Will be able to fight. The real test of all these things will be done in the third quarter itself. Let me tell you that in the last few years Samsung in India is facing a lot of challenge from Chinese companies. Chinese smartphones are cheaper than Samsung, and they also appear further in terms of features. Because of which Samsung’s business was decreasing.

You can earn up to 1 lakh rupees sitting at home from solar plant, learn how to start business