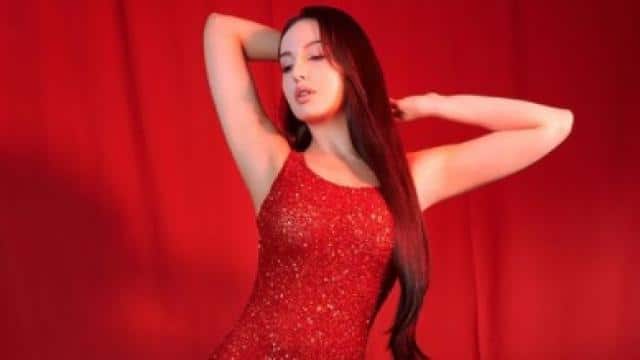 Nora Fatehi, who won everyone’s hearts with her dance and charm, has got 20 million followers on Instagram. Nora has shared a special video for the fans on this occasion. In the video, Nora is seen celebrating having 2 crore followers with her friends. With this, Nora has thanked the fans.

Nora, sharing the video on Instagram, wrote in the caption, ‘We did it. My heartfelt thanks to my Insta fans and those who support me. I love you guys so much. This is just the beginning. ‘ On this video of Nora, fans are giving reactions by commenting.

Not long ago Nora Fatehi’s song Nach Meri Rani was released, in which she was seen doing a bang dance with Guru Randhawa. One month after its release, this song is trending. This song has broken many records in terms of views. The song has received over 150 million views on YouTube. Nora Fatehi and Guru Randhawa shared this information on their Insta story.

Let me tell you that Song Nach Meri Rani has been sung by Guru Randhawa and Nikita Gandhi. The song is written and composed by Tanishq Bagchi. The song was released on YouTube as soon as it was released. Let us know that Nora is known for banging dance moves on songs like Dilbar, Saki-Saki and Summer.

Fan on bicycle from Bihar to meet Sonu Sood in Mumbai, actor gave this reaction