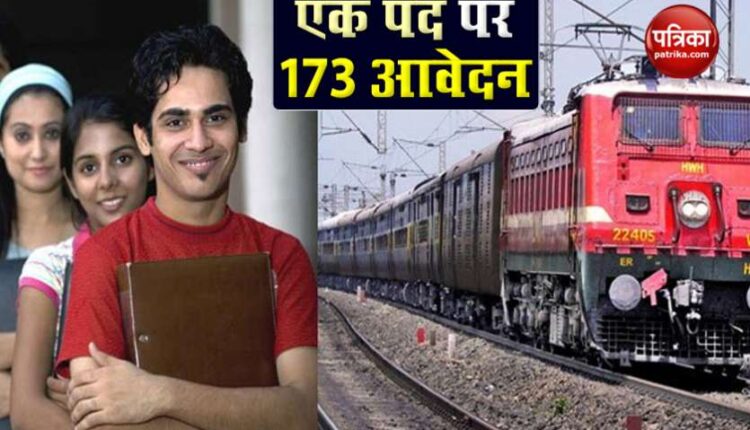 new Delhi. There is big news for those applying for various categories of Indian Railways. The examination date has been announced by Indian Railways. The railway has not yet given complete information. The full roster will be released later. Let me tell you that there is an application from the crores of people for the post of railway. Looking at the figures, an average of 173 people have applied for a post for jobs in Railways. That is, you can see how much competition is there for a post. Let us also tell you that how many posts were requested by the Railways and how many applications have come.

Also read: Gold and silver fall drastically as soon as Pitra Paksha starts, know how much the prices have gone

2.42 crore applications
The CEO informed that Railways has received 2.42 crore applications for 1.4 lakh vacancies. According to Yadav, the examination of these applications was completed, but the computer-based examination could not be completed due to the Kovid-19 epidemic. He said that Railways has decided to start examinations for all the three categories of vacancies from December 15. The full roster will be released soon. The complete program will be uploaded directly on the Railway Recruitment Board website (rrbcdg.gov.in) from where the applicants can view it.

A post 173 application
If you look at the number of vacancies and applications, there is a very big ratio. You can get a rough idea of ​​how much trouble there is for these posts issued by the Railways, on an average 173 people have applied for a post, which is quite high. The exam is being conducted online by Rawle. If centers and written examinations were conducted for this, there would have been a lot of fighting in the country.

Chidambaram’s advice to the government on economy, know what he said in his tweet