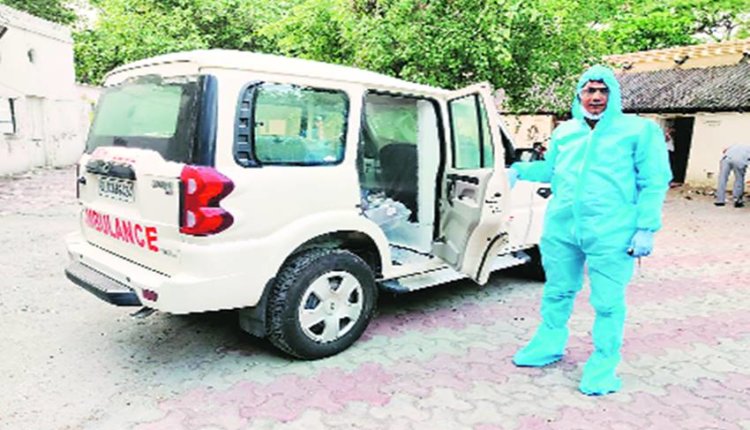 The incident has created a stir after the 135 Delhi policemen who played a key role in the Corona Warriors in the capital. From hospitalization of patients in hospitals, confinement, hotels, guest houses, PCR trains to day-to-day duties in the security of VIPs, VVIPs, all other sensitive places, such as Mustaida police, have seriously condemned the corona being infected. have taken. Seats have been reserved in hospitals.

Six special trains have been arranged for their movement along with providing corona kits for the jawed soldiers at all sensitive places. Delhi Police has also issued a Standard Operating Procedure (SOP). However the relief during this period is that 35 policemen are recovering and returning to duty. There is no such unit left of Delhi Police which is not vulnerable to Corona. Special police, crime branch, battalion and districts as well as all other units of police are involved in the grip of Corona. His family is in isolation at home. After the death of the constable from Corona, there is a concern among the officers of the entire department.

Additional spokesperson of the police AK Mittal said that around 135 coronas were infected but 35 jawans have also recovered. Police headquarters has issued a guideline under which police officers in Corona will get admitted if they are ill. The purpose of this Standard Operating Procedure (SOP) issued by the police is to identify the police corona potential patients on time and provide them with the best treatment.

According to the SOP, it will be the responsibility of the SHO or Inspector Incharge of the concerned police station to take the aggrieved policeman to the doctor in case of symptoms of medical emergency or corona, and take a view on whether the corona test should be done. Apart from this, the rest of the members will also be informed about the precautions. It will be the responsibility of the Joint Commissioner and Deputy Commissioner of Delhi Police to get the SOP implemented effectively.