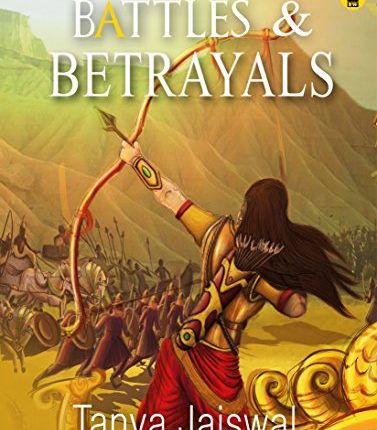 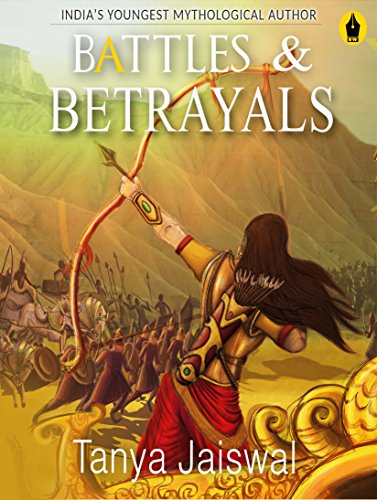 ayals” at Constitution Club of India, a mythological fiction published by Bookwoof. Jaiswal is only 13 years old and a student of Delhi Public School, RK Puram, and had been working on this maiden project since 2014.

The launch was graced by Prakash Javadekar, Union Minister of Human Resource & Development, Government of India along with Radha Mohan Singh, Union Minister of Agriculture, Government of India, Rama Devi, BJP MP from Sheohar, Bihar, who happens to be the paternal grandmother of the author and Vanita Sahgal, Principal, Delhi Public School, RK Puram.

“I like to read books of different kinds, especially mythology. I have read several books related to Mahabharata. I began contemplating the story line with an aim to make the central character brave and strong. The idea of having a woman as the central character inspired me to pen down this book,” said Tanya Jaiswal, Author, Battles & Betrayals.

Kumari Lakshmi, Mother of the author while expressing her thoughts on the success of her daughter said, “I was under the impression that she was into academics only. It was a pleasant surprise that she was writing a book. I didn’t have words when I realized that she has quietly completed 12 chapters, and was almost half way through the book. I eagerly wanted to go through her creation. That time I felt she has grown from playing dolls to serious writing.”

During the launch of her first book, Jaiswal had expressed that she will continue to write in the future and had commenced working on her next Novel.

Tanya Jaiswal, the author of the historical fiction “Battles and Betrayals” is a 13 years old school girl who is presently studying at Delhi Public School, R.K. Puram, Delhi. She began writing this book in 2014 when she was merely 11 years. Ruskin Bond also termed her as “A Promising Young Author”

Her hobbies include reading, singing, writing and travelling. She is the belt holder in Taekwondo and has participated in various District level competitions, having multiple accolades in her honour. When she is not studying or penning down her thought as an author she is most probably with her six year old naughty sibling.

She has travelled and lived in various cities since childhood namely, Bangalore, Delhi, Chennai, Hyderabad and Indore, her work reveals the richness of the multicultural exposure.