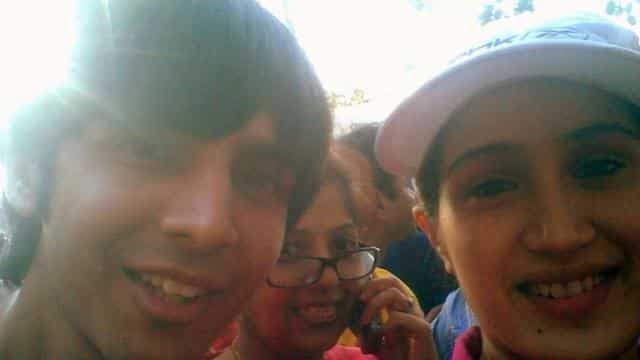 Bollywood actor Karthik Aryan has made his fan following in a short time. Huge crowds of fans gather to get a glimpse of him. But Karthik Aryan was also a fan of Bollywood celebs. He has disclosed this on his Twitter account.

On Monday, Karthik Aryan shared a selfie photo of him, in which he is also difficult to identify. In this picture, he is seen with actress Sagarika Ghatge. While sharing the photo, he wrote in the caption, “2008 Mumbai Marathon. I had jumped from the barricades to take a photo with Preeti Sabarwal i.e. Sagarik Ghatge. I also told him to say hi to Shahrukh Khan. Shahrukh sir, did he send my message to you?

Let me tell you that in 2007 Shahrukh Khan’s film Chak De India was released, in which Sagarika Ghatge was seen as a hockey player. The film was well received. The film was directed by Nikhil Advani.

Karthik Aryan made his Bollywood debut in 2011 with the film Pyar Ka Panchnama. His work was highly appreciated in this. He then gave hit films one after the other, including Pyaar Ka Panchnama 2, Sonu Ke Titu Ki Sweety, Luka Chupi and husband wife Aur Woh. Talking about upcoming projects, Karthik will be seen in ‘Bhool Bhulaiya 2’ and ‘Dostana 2’.

Shivani Reddy Jun 24, 2021
There was good growth in the stock markets again today.Mumbai: Stock Market Updates : On Thursday, the day of…